On May 6th there will an election for the new Police, Fire and Crime Commissioner. The role for this position has been expanded from policing to now include control of the fire service.  The Liberal Democrat Candidate will be Ana Savage Gunn. 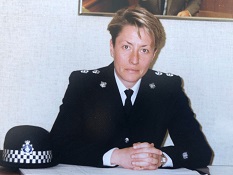 Experience counts for a lot and Ana Savage Gunn has it all!

She joined Northamptonshire Police in 1985 and quickly progressed through the ranks to become the first female leader of the Tactical Firearms Team.  She commanded the team that protected members of the Royal family, Prime Minister and Cabinet members visiting the county.

As one of the youngest Inspectors in the County she was ‘seconded’ to help police the 1996 Olympic Games in Atlanta, USA.

She then went on to be an International Law Enforcement Consultant in the USA and later diversified into property developing in the UK & USA. During the Pandemic she volunteered to be on the front line at her mother’s care home. She nursed several patients through Covid. She is currently a volunteer manager/coordinator at Moulton vaccination clinic and running her property business.

Since 2016 Ana has become alarmed at the state of policing here in Northamptonshire and the lack of support for officers under the current Conservative Police, Fire & Crime Commissioner. The 2019 Report of Her Majesty’s Inspector of Constabulary made for tough reading, with the force failing in all 3 key areas.

Determined to do something, Ana is running as the Lib Dem candidate for Police, Fire & Crime Commissioner in the local elections.

To get in touch with Ana and to support her campaign please see her website: www.anasavagegunnpfcc.co.uk

If you don't know what the PFCC is, we have a little video that explains it